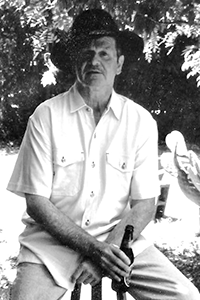 A. D. Winans is a native San Francisco award-winning poet and writer.He is the author of over sixty books of poetry and prose, including North Beach Poems, North Beach Revisited, Billie Holiday Me And The Blues, Drowning Like Li Po in a River of Red Wine, In The Dead Hours of Dawn, Love – Zero, San Francisco Poems, In The Pink, and On My Way To Becoming A Man.In 2006 He won a PEN Josephine Miles Award for Excellence in Literature. In 2009 PEN Oakland awarded him a lifetime achievement award. His name is on a plaque in North Beach with other poets and artists who have contributed to the North Beach literary scene, including Francis Ford Coppola, Allen Ginsberg, Lawrence Ferlinghetti, Jack Micheline, and other major Beat poets and writers. Dead Lions