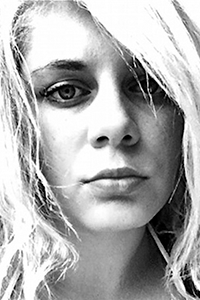 C.V. Auchterlonie is a contemporary poet of Deep Cove, North Saanich, BC, where she currently resides with her family. She originally hails from Takapuna, New Zealand. She has spent two-thirds of her life devoted to the poetry scene, and she’s spent the past five years actively pursuing publication via the small press and online literary magazines. Some of her publications include: Eternal Autumn Within, Erbacce Press, 2009, her debut collection of poems, released in November of that year. She has also appeared in Luciole Press, Calliope Nerve Media, Peripheral Surveys and Bone Orchard Poetry.