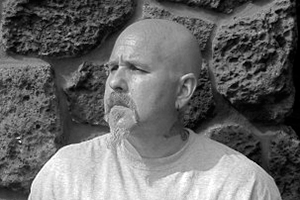 Danny Baker, a runaway at 14 from the facade of a gilded house in the hills above Los Angeles, has seen life from the gutters to the towers. A high-school dropout, he landed on Wall St. at 20 in a move that only served to add to the dissonance of a rebel mind constantly searching for a youth never experienced. Danny explores his conflict in dichotomous writes of both unflinching, sometimes brutal intensity and honest empathy for the human condition. His first book, ‘Fractured’, edited by A. Razor as the debut release of Punk Hostage Press was released in April, 2012. Danny was recently included in a chap, The Musophobist, with three other poets, published by Unadorned Press. Danny’s work has been featured in multiple issues of both Paraphilia Magazine and The Edgar Allan Poet Library. Additionally, his efforts can be found in The Examiner, The Nervous Breakdown & Deep Tissue 16.