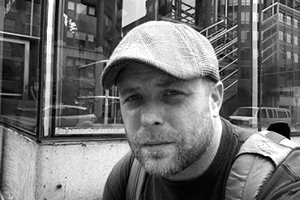 Frank Reardon was born in 1974 in Boston, Massachusetts and spent his first 28 years living there. Since then, he has lived all over the country, in places such as Alabama, Kansas City, and Rhode Island. He currently lives in the Badlands of North Dakota, still looking for a way to get out.