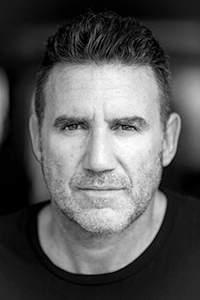 Michael Marcus was born in Freeport Long Island. Or as he lovingly refers to it, “cirrhosis by the sea”. His lineage consists of a long line of restless, irritable, and discontent New Yorkers, “which would make them some of the most irritable people on the planet,” says Marcus. His years of drug and alcohol abuse, (along with improv, storytelling, and a plethora of extremely undesirable jobs), has created the kind of prose you always wanted to hear but were too afraid to ask. Marcus admits he’s been beaten within an inch of his life, due to his own horrific bad decisions. And he’s happy to get to write about it. #1 Son And Other Stories chronicle’s some of these events. Donald Goines, Donald Barthelme, Eddie Bunker, Denis Johnson, Jack Kerouac, Charles Bukowski, John Fante, DFW, Iceberg Slim, SE Hinton, and Hunter S. Thompson are some of the writers Marcus gives credit for inspiration. He was raised in an extremely dysfunctional environment that was rife with crime, abuse, misogyny, racism, and a host of other horrifying principals, ideals, and belief systems. #1 Son And Other Stories explores these issues from a man who miraculously managed to survive it all and didn’t have to become the people who raised him.