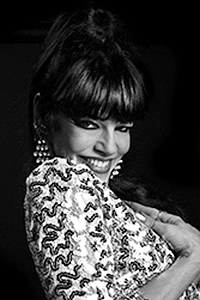 Since the early 1990s, Pleasant has performed under the stage name Princess Farhana, she has appeared internationally and a professional belly dancer and burlesque performer and teacher. She has danced and acted in numerous motion pictures, in music videos, and on television. She has appeared in many documentaries on belly dance and burlesque, performing and as an interview subject. In 2009, she was the star of Steve Balderson’s film “Underbelly: A Year In The Life Of Princess Farhana“ which was released worldwide in theaters as well as on DVD.

Her latest book, ‘Showgirl Confidential: My Life Onstage, Backstage and On The Road‘  is available now on Punk Hostage Press.