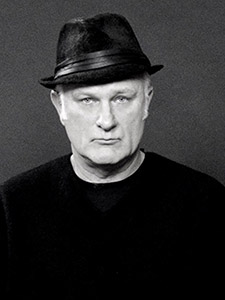 S.A. Griffin lives, loves and works in Los Angeles. A Cadillac wrangling Carma Bum progenitor, S.A. is the co-editor of The Outlaw Bible of American Poetry. In 2010 he created The Poetry Bomb, a former Vietnam-era practice bomb converted into an art object and then filled with over 900 poems from around the world. Named Elsie, after his paternal grandmother, he packed Elsie up in his 1995 Ford Econoline van and then took her on The Poetry Bomb Couch Surfing Across America Tour of Words 2010, covering over 11,000 miles around the U.S. in five weeks, all in an effort to inspire civil disagreements. Father, husband, Vietnam-era vet and working actor since 1978, he drives too fast, sleeps too little and thinks too much.